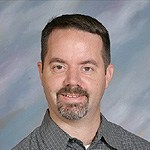 Monsignor Sabato Pilato, Superintendent of Secondary Schools for the Archdiocese of Los Angeles has appointed Mr. Robert Fraley to be Principal of Cantwell-Sacred Heart of Mary High School beginning July 1st, 2014, replacing Mr. David Chambers who was recently appointed Principal of Bishop Alemany High School in Mission Hills. Mr. Fraley has served on the CSHM faculty since 1997 as a teacher, technology coordinator, assistant principal and vice principal. To see the official announcement from the Archdiocese of Los Angeles, please click on the headline above.
STATEMENT REGARDING NEW PRINCIPAL APPOINTMENTS
FOR JUNIPERO SERRA HIGH SCHOOL, GARDENA AND
CANTWELL-SACRED HEART OF MARY HIGH SCHOOL, MONTEBELLO
FOR THE 2014-2015 SCHOOL YEAR
Mr. Jeffrey Guzman recently appointed principal-designate of Cantwell-Sacred Heart of Mary High School (CSHM) in Montebello has been reassigned to the principal’s position at Junipero Serra High School in Gardena due to the unexpected resignation of Dr. Christian DeLarkin, current Serra principal. Monsignor Sal Pilato, Superintendent of High Schools for the Archdiocese of Los Angeles has also announced that Robert R. Fraley, current CSHM vice principal will be appointed CSHM principal effective July 1, 2014. He succeeds David Chambers who becomes principal of Bishop Alemany High School in Mission Hills.
Guzman will be the first veteran principal assigned to Serra since Msgr. Charles Hill became principal in 1988. Guzman brings 15 years of principal experience having served as principal of Pacific Hills School on the grounds of St. Victor’s Parish in West Hollywood for 12 years and Daniel Murphy High School for three years. He also served as assistant principal at Bishop Alemany High School for one year after three years as dean of students at St. Bernard High School. He earned his master’s degree in secondary education, teaching credential and bachelor’s degree in biology through Loyola Marymount University.
Guzman stated: “Over the past twenty-two years, I have reflected, grown, and evolved as a teacher, dean of students, assistant principal, and principal. I have been blessed and honored with the many students, teachers, parents, and administrators that have assisted me in this process, my faith journey. I believe my background, interpersonal communication skills, organizational abilities, reflective process, and spirit to inspire can help me to be an agent of change for the good of the students and will allow me to make a valuable contribution to Serra.”
Fraley has served on the CSHM faculty since 1997 as a teacher, technology coordinator, assistant principal and vice principal. He earned his master’s degree in education with an option in computer education and technology leadership from California State University, Los Angeles and his bachelor’s degree in natural resource management from Cal Poly, San Luis Obispo.
Fraley comes from a family of educators. His father served in several archdiocesan high schools and was the first lay principal of Bishop Mora Salesian High School. Fraley has expressed his gratitude for being given this opportunity to serve as an archdiocesan high school principal and is optimistic about the future of CSHM and grateful for Chamber’s leadership and mentorship.
“Jeff and Bob are great matches for Serra and Cantwell,” said Msgr. Pilato. “It is great to have Jeff back in the Catholic school fold and it is also wonderful to turn over the reins to new leaders like Bob. Christian’s departure is a loss for Serra. I hired him for Serra in my closing months as principal in 2008. He has served as teacher, counselor, vice principal and for the last two years as principal during a time of unexpected transition. The recent excellent accreditation is a testament to his steady leadership. As a new father his prayerful discernment makes this the right decision for his family. I wish him the best in his future.”
Junipero Serra High School was named after the Apostle of California and founded by Archbishop McIntyre in 1950. Marianist Priests and Brothers administered and staffed the school from 1950 until 1994. Serra served as an all boys school until 1991 when it became coeducational.
Cantwell-Sacred Heart of Mary High School was named after the seventh Bishop and first Archbishop of Los Angeles. The school opened as an all boys school staffed by the Irish Christian Brothers in 1946. Nearby Sacred Heart of Mary High School was founded in 1942, staffed by the Religious of the Sacred Heart and closed in 1990. The girls attending that high school were incorporated into Cantwell which thereafter became coeducational and named Cantwell-Sacred Heart of Mary High School.